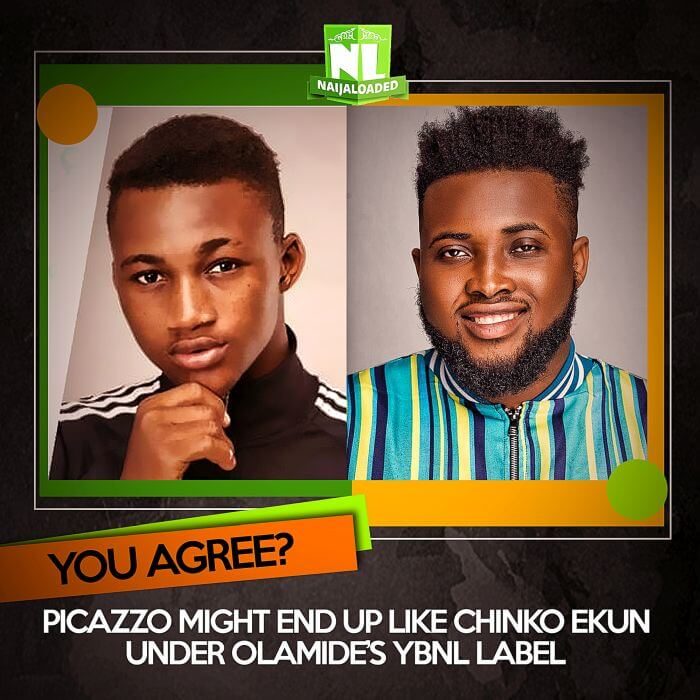 Last 2 months, the Internet was on fire with the freestyle of a young boy “Picazo Rhap” that freestyled on the ever trending and motivational Chinko Ekun‘s career reviving track “Able God“.

Few weeks afterwards, we got news that Picazo has been signed to YBNL and since then, he has hardly been able to give us a follow up on the freestyle on how big and talented he might be with at least a full dedicated track.

See also  TIMAYA NEW LOOK: Is Timaya Suffering From HIV or Diagnosed With A Deadly Disease?

Wizkid Shares The Secret To His Big Success

Olamide Says He Wants A Collabo Between Vee & Laycon